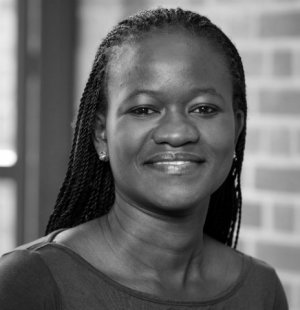 Can you tell us a bit about fine scale epidemiology of mosquito populations?

There is a lot of variability in the distribution of malaria cases and of the mosquito populations. In fine scaling mapping we select a location of interest such as a village, for example at a 1km x 1km resolution where we map the occurrence of mosquito populations across that village and study malaria transmission in that region. That one very fine mapped study acts as a reference and using established statistical modelling approaches we can apply that information in other settings which are epidemiologically similar.

What are some of the epidemiological aspects in the area you are based?

In Kilifi County along the Kenyan coast, there has been a massive roll-out of insecticide-treated nets to control malaria. This started as early as 2000 and has increased gradually. To date, over 80% of the population sleep under treated nets. During this time malaria prevalence rates have drastically reduced with fewer and fewer cases of severe malaria coming to hospital. During the same period, it was observed that the mosquito population density fell dramatically.

Have you observed any changes to that mosquito population at a genetic level?

A close examination of the whole genome data of mosquito populations from the Kenyan coast reveals long runs of homozygosity across the genome. This genetic signature is observed in mosquito samples which were collected during the period of increased bed net use.

So, the use of the bed nets could have had a selective effect on the mosquito population that survived?

If the remaining mosquito population survived because they are resistant to the insecticide used in treated bed nets and they mate with each other, the result of this inbreeding will be a highly homozygous population that is also resistant. Without introducing other control methods, such as a different type of insecticide to which these mosquitos are susceptible, we are very likely to see a rebound in the mosquito population. This is a public health concern because at the moment, the pyrethroids used to treat the bed nets are the only insecticide recommended for use in ITNs.

Samples from Kilifi form part of the larger Ag1000G dataset. How is this framework changing mosquito population genetics?

One of the most important things is that the project includes whole genome sequence data on mosquitoes collected across eight different African countries. This provides us with an opportunity to create an observatory of mosquito samples. This can be used in the future to study variability across mosquito populations from different ecological and malaria epidemiological settings. In turn, this allows us to examine the different factors that affect malaria transmission.

This approach also makes it possible to contextualise malaria transmission, directly attributing epidemiological observations to mosquito populations. This is essential for the formulation of novel vector control interventions.

What do you think are the main challenges in vector genetic epidemiology in the next few years?

Vector populations are changing in response to increased ITN use and so is the malaria transmission landscape. I think one of the main challenges is to understand changes in vector populations and vector-borne disease transmission so that malaria control strategies can be targeted based on current knowledge.

Learn more about the Ag1000G Consortium