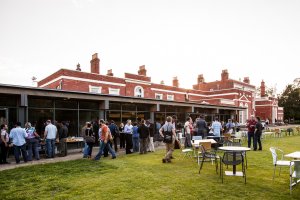 The seventh Genomic Epidemiology of Malaria conference, more affectionately known as GEM, was hosted by the Wellcome Trust Scientific Conferences Programme on the Genome Campus in Hinxton, from 8-11 June. This annual gathering provides a common forum for malaria scientists and clinicians working at the interface of genome science and technology, epidemiology, and statistical and population genetics.

This year’s GEM brought together over 150 participants from 28 countries to discuss the genomic epidemiology of all three malaria genomes—host, mosquito and parasite—highlighting practical relevance to global health, including antimalarial drug resistance, insecticide resistance, and mechanisms of protective immunity.

See pictures from the event.

See the GEM programme for a complete list of speakers. 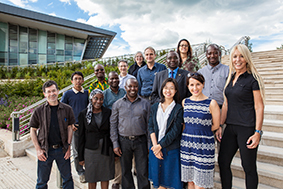 The scientific presentations included a special session that gave the GEM 2014 Travel Awardees—12 early career scientists from 11 malaria endemic countries—the opportunity to introduce themselves and present their research. This year’s awardees were supported by the Burroughs Wellcome Fund, the Wellcome Trust Scientific Conferences Programme, the MRC Centre for Genomics and Global Health and MalariaGEN. 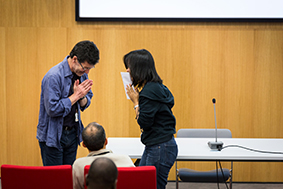 In addition to the talks, there were two posters sessions. All participants were invited to nominate posters for a range of prizes. Congratulations to all the GEM Poster Award winners and honourable mentions in the following categories: 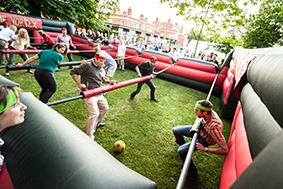 In addition to great science, GEM is known as a great chance for networking and fun with colleagues from around the world. Social highlights included Science Speed Dating and, in a nod to the impending World Cup, the GEM 2014 World Cup. This human inflatable table-top football event saw scientists divided into teams representing the three malaria genomes and the computer geeks amongst them, facing-off for malaria football supremacy. The tournament was hotly contested and a laugh for players and fans alike. Congratulations to the computer geeks who won the coveted cup.

Credit for the excellent programme belongs with the Scientific Organising Committee: Alfred Amambua-Ngwa, Arjen Dondorp, Dominic Kwiatkowski, Bronwyn MacInnis, Chris Spencer, Ken Vernick and Dyann Wirth. Many thanks to the Wellcome Trust Scientific Conferences and Events teams and to the MalariaGEN Resource Centre for all their hard work behind the scenes. And most of all, thank you to all the participants who came and shared their work and ideas, making for a lively three days of talks, posters, discussions, and fun! We hope to see you again soon.