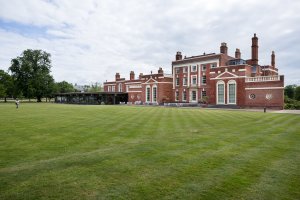 This year's GEM brought together more than 140 participants from 24 countries to discuss the translation of research into tools for malaria control and elimination, with particular focus on the genomic epidemiology of the host, vector and parasite.

See a selection of tweets and links from the event

See pictures from the event

See the GEM programme for a complete list of speakers

The scientific presentations included a special session of lightning talks that gave some of the GEM 2016 Travel Awardees — 9 early career scientists from 8 malaria endemic countries — the opportunity to briefly present their research. This year’s awardees were supported by the Burroughs Wellcome Fund, the MRC Centre for Genomics and Global Health, the Wellcome Genome Campus Advanced Courses and Scientific Conferences, and MalariaGEN.

Congratulations to all GEM 2016 travel awardees, who were selected by the organising committee based on their application and letters of support. Those selected for lightning talks were:

We also held a poster session, after which all participants were invited to nominate posters for a range of prizes. Congratulations to all the GEM Poster Award winners: 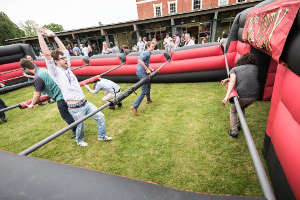 As well as great science, GEM prides itself on promoting networking and fun with colleagues from around the world. Social highlights included Scientific Speed Dating and, following its success at the GEM 2014, we once again had a Human Table Football Tournament. Participants braved the rain for a friendly competition with guaranteed laughter for both players and fans alike. Congratulations to Zbynek Bozdech's Blue Team for winning the tournament.

Credit for the excellent programme belongs with the Scientific Organising Committee: Philip Bejon, Abdoulaye Djimde, Arjen Dondorp, Dominic Kwiatkowski, Mara Lawniczak, Bronwyn MacInnis, and Dyann Wirth. Many thanks also to the Wellcome Trust Scientific Conferences and Events teams and to the MalariaGEN Resource Centre for all their hard work behind the scenes. And most of all, thank you to all the participants who came and shared their work and ideas, making for a lively three days of talks, posters, discussions, and fun! We hope to see you again soon.