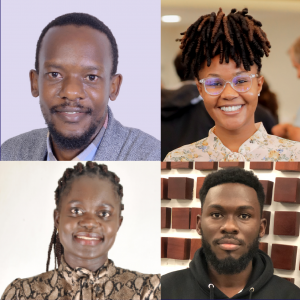 “The fellowship programme is an opportunity to become an expert in advanced scientific computing, and to master the practical side of bioinformatics by working at the cutting edge on big data challenges in malaria vector genomics,” says Alistair Miles, the Vector Surveillance Lead at the Wellcome Sanger Institute’s Genomic Surveillance Unit. Alistair and his team will mentor the fellows, introducing them to the world of vector bioinformatics through a rotation scheme. “The applications for the programme were extremely strong,” he says. “This demonstrates the wealth of talent coming out of postgraduate bioinformatics programmes in Africa.”

“We’re very excited about this opportunity to support rising stars in African bioinformatics” says Dr. Elijah Juma, a program manager at PAMCA responsible for overseeing the fellowship. “The first two cohorts of PAMCA Bioinformatics Fellows are exemplars of talented, hard-working early-career researchers with incredible potential.They will set the tone for bioinformatics capacity building to support vector genomics work in Africa.”

My journey up to now has been… an odd one. 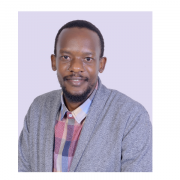 Edward Lukyamuzi is still early in his career, and while he has already made an impact with his technical skills, he feels he hasn’t followed the traditional path for bioinformaticians. That gives him the ability to see things differently.

After an undergraduate degree in computer science and maths, Edward began a career in software development. As a freelancer and then an intern at a research institution, it was a chance encounter that put him on the path towards research in bioinformatics. A professor walked into the IT department where he was setting up servers and printers and asked if anybody knew how to use Unix and Linux. Edward, who had been studying how to use these systems in online courses in his spare time, put up his hand. This led to a career change and an introduction to the world of bioinformatics. He spent several years working on the Ugandan node of H3A Bionet, an African bioinformatics consortium. From there, his technical expertise and passion for assisting researchers with bioinformatics — specifically exploring pathogen genomes — led him to pursue a masters in bioinformatics at Makerere University in Uganda and ultimately to PAMCA and MalariaGEN.

Already nearly halfway through the two-year fellowship, it has opened doors for him and allowed him to develop new skills and knowledge in the vector genomics field. Reflecting on what has surprised him, he says, “What's been most surprising is the culture around the fellowship. It’s tailored to the fellows’ needs, and what the fellow thinks is best for them.” 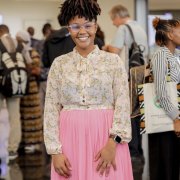 During her undergraduate degree in microbiology at Pwani University, Jane’s interest in bioinformatics was piqued. She took on projects relating to malaria vaccine antigens at KEMRI-Wellcome Trust and the Pwani University Biosciences Research Center in Kilifi, Kenya, before starting a masters degree in 2019. Then COVID-19 hit and she turned her attention to the viral genome. That experience brought home for her the clear link between genomics and public health. When the opportunity to join PAMCA came up, she knew she had to apply.

“I wanted to be part of the community trying to build capacity in terms of analysing mosquito data and trying to put in place the control measures against it,” says Jane. “And here I am, I’m being trained. And I’m loving the journey and getting to interact with different people with the same goal.”

If you bring the people closer, the opportunities come closer. 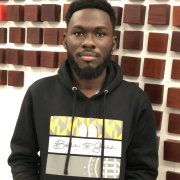 Ibra Lujumba is a member of the new 2022 cohort of PAMCA Bioinformatics Fellows. He started his fellowship in October 2022 and has already been learning skills and making connections that will help him launch a career in bioinformatics.

“During my degree, I learned about all of these different institutions that are doing bioinformatics, but they felt very abstract,” says Ibra. “Now what’s exciting is that I’m able to talk with Alistair, with Paballo, and lots of different people doing malaria work across Africa. And that brings them a lot closer.”

Ibra completed a BSc in Biochemistry and Chemsitry at Makerere University in Uganda in 2019. Afterwards, a mentorship program in bioinformatics got him interested in pursuing a masters in the subject. He plans to defend his dissertation and graduate next year.

“I think for Africa, the bioinformatics field is just starting out,” explains Ibra. “I was part of the very first cohort that did bioinformatics at my university, so this is an opportunity to contribute to a growing field.”

Ibra is particularly excited about the prospect of turning theory into practice. Malaria vector control is a research space where he believes that science can have a real impact. “This fellowship is an opportunity for me to apply the skills I've learned for real world use,” he says.

Growing up in a village where malaria incidences were very common, I used to ask myself a lot, what’s really in this malaria? Why is it causing so much suffering, morbidity and even deaths especially for innocent children? 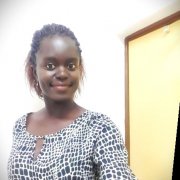 Sonia Barasa has long had an interest in malaria control, and specifically the mosquito vectors that carry it. She hopes that by applying genomic approaches and tools, she can help entomologists implement solutions to the current challenges in vector control, specifically the wide spread of insecticide resistance. After an undergraduate degree in biotechnology at the Masinde Muliro University of Science and Technology in Kenya, she decided to pursue a master’s in bioinformatics at the University of Nairobi.

“My background is more of theory in molecular biology and genetics,” says Sonia. “So, transitioning to bioinformatics was a bit of a challenge. You must learn a lot of programming/scripting languages, statistics as well as familiarise with computational tools and software to do genomic data analysis. It’s a continuous learning process and that is an area that I'm really working hard on to become better at.”

Two months into the fellowship, Sonia is building data skills and meeting with mentors both at the Sanger Institute and at PAMCA. She hopes that by networking and collaborating with likeminded researchers, she’ll be better placed to pursue a PhD in vector omics related studies after the fellowship.

“I consider myself an early career scientist in bioinformatics,” she says. “And I think this fellowship is going to give me a platform to grow, develop, and explore various opportunities that could contribute to the field of bioinformatics and vector control.

Reflecting on the calibre of the fellows in the program, Alistair Miles is impressed. “The first four appointed fellows clearly have tons of potential,” he says. “It's an exciting time to be working in bioinformatics with both science and technology moving so fast right now, and it's a real pleasure to be able to share the adventure through this fellowship scheme!”