New insights into the evolution of artemisinin resistant malaria 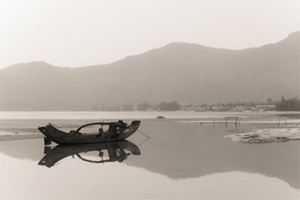 The efficacy of Artemisinin Combination Therapy (ACTs), the current frontline treatment for falciparum malaria, is threatened by artemisinin resistance, which has been reported in several countries in Southeast Asia. To date, there are no clinical signs of artemisinin resistance in Africa, where malaria transmission is highest.

Under the banner of the P. falciparum Community Project, we sequenced and analysed the whole genomes of more than 3,000 P. falciparum samples from Southeast Asia and Africa. Our aim was to determine whether the kelch13 mutations observed in Southeast Asia were also present in Africa and, if so, where did they originate.

“One of the key messages to come out of these data is that the emergence of antimalarial drug resistance is determined not only by the parasite’s ability to generate new mutations,” says Prof. Dominic Kwiatkowski, from the Wellcome Trust Sanger Institute and the Wellcome Trust Centre for Human Genetics, University of Oxford. “There are also other factors – such as patterns of drug use, levels of malaria transmission and other epidemiological variables – that determine whether a particular mutation will rise in frequency and spread through the parasite population.”

Blogs about this paper

Dr Roberto Amato, a lead author on the paper, discusses what we’ve learned about the complex genomic epidemiology of artemisinin resistant malaria: