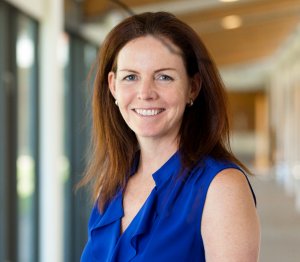 How would you introduce your study to someone who is completely unfamiliar with your field?

One of the first things to know is that malaria is an illness caused by a parasitic infection – and these parasites have been infecting humans for thousands of years. In places where malaria is common, individuals with genetic changes that provide protection against malaria may have an increased chance of survival, thus passing these genetic changes on to their offspring.

Going back to the 1960s, one of the first genes hypothesized to provide protection against malaria was the G6PD gene. This gene provides instructions for making an enzyme called glucose-6-phosphate dehydrogenase (G6PD), which is responsible for keeping red blood cells healthy. Mistakes, or mutations, in the gene can lead to an inherited disorder called G6PD deficiency where not enough of the active enzyme is produced. This can lead in turn to the premature destruction of red blood cells, a condition called hemolytic anaemia.

It’s been more than 50 years since researchers first proposed that changes to the G6PD gene may help to protect individuals from malaria. Why are we still investigating this now?

There’s a lot that we still don’t know. The mode of action for G6PD deficiency is more complex than other known resistance factors, for example sickle cell trait. There are more than 200 geographically localized mutations in the G6PD gene, each of which can lead to some form of G6PD deficiency. This is coupled with the fact that G6PD deficiency is more commonly expressed in males compared to females, occurs at different prevalences worldwide, and has different effects on different clinical manifestations of malaria – all of which makes G6PD an extremely challenging gene to analyse.

So, what particular question did you set out to answer?

We know that there is this complex relationship between G6PD enzyme function and the progression of malaria, but what does this mean for individuals? How does a person’s level of G6PD deficiency affect their risk of developing complications of severe malaria, in particular cerebral malaria and severe malarial anaemia?

Most research to date has focused on one particular mutation in Africa, yet as I mentioned, there are hundreds of mutations that can lead to G6PD deficiency. We wanted to analyse more of these mutations to see if the effect on malaria was associated with G6PD deficiency per se or just with certain mutations.

Rather than look at each mutation in turn, we were able to aggregate the effects across multiple mutations to assess the overall effect of G6PD deficiency on malaria. To do this, we used the World Health Organization (WHO) classifications that group each G6PD mutation into one of four classes based on the severity of deficiency.

What are the main findings of your study?

We found that the combined estimate of G6PD deficiency, using all the G6PD deficiency mutations that we had measured, showed the same pattern of effects on severe malaria as the single mutation previously examined. We also showed that the extent of protection and risk both increase with increasing severity of deficiency.

This then raised the question of whether, given this opposing pattern of effects, it was still tenable to argue that malaria has been the evolutionary driving force for G6PD deficiency. We investigated this problem using simple models, and showed that the balance between G6PD deficiency causing deaths due to severe malarial anaemia at the same time as preventing deaths due to cerebral malaria could be responsible for maintaining the observed frequencies of G6PD deficiency in the human population.

I sense there’s still more to learn. What are the next steps?

G6PD mutations can be rare, occurring at low frequency and sometimes only in particular geographic regions. We need to study new populations using larger sample sizes to identify additional G6PD deficiency mutations. We also need the WHO classification system, which was developed in 1971 and which assigns variants into one of 4 crude classes of G6PD enzyme activity, to be updated so that the G6PD enzyme activity of both newly and previously identified mutations can be more precisely assessed.

Do your findings have any relevance in clinical settings?

We hope that our work will stimulate future studies to improve field measurements of G6PD deficiency, in particular the use of modern methods to accurately estimate the enzyme activity of all G6PD deficiency variants. This is also important for Plasmodium vivax malaria infections. A drug called Primaquine is used to help treat this infection, but it can only be used with caution in people with G6PD deficiency. Knowing the G6PD deficiency status of the infected individual can help with Primaquine dosage and monitoring of these patients during treatment. Our findings may also inspire researchers to investigate the effect of G6PD deficiency on other infectious diseases.

Geraldine Clarke is a Senior Research Associate in Dominic Kwiatkowski’s group and is involved in the development and application of statistical methods for the analysis of human population genetic data. Based at the Wellcome Trust Centre for Human Genetics at the University of Oxford, Geraldine supports several global collaborations including Consortial Projects 1-4.