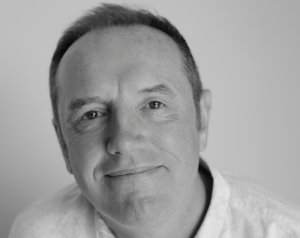 Tell me about your malaria research in Kilifi.

I’ve been in Kilifi for the last 16 years working with the KEMRI-Wellcome Trust Research Programme. I’m interested in the genetic epidemiology of populations and disease, and my particular focus has been on the genetics of infectious disease including human traits and how they protect against malaria. KEMRI is a very well-resourced and staffed institute with excellent laboratories — there are very few places in the world that are as well-equipped to do this sort of work.

You oversee the biggest demographic surveillance site in Africa – how does it work?

We monitor the health of the entire population around Kilifi very carefully. Four times a year, we collect certain health-related information, as well as pertinent demographic details, for example births, deaths, in and out migration events. This is done through door-to-door visits of the people in the community, a large undertaking considering there are approximately 280,000 people under observation. We’ve been doing that since the year 2000, so for 16 years, and this helps us to monitor the growth and health of the population over a long period of time. We also run cohorts looking at disease events. All these things you can only do in a place like Kilifi with its excellent set-up, technology, and infrastructure.

Are there also infectious disease cohorts for malaria?

We have a birth cohort, recruited between 2004 and 2007, that includes 16,000 children that were born in our demographic surveillance area. We’ve been following them their whole lives, and if one of these children comes to the hospital or a clinic in the area, they are identified. This provides us with information about their health-seeking behaviour as well. If they are admitted to the hospital, they undergo a standard set of tests and examinations. Over the last ten years, there have been approximately 4,000 hospital admissions from that cohort.

How much does genetics contribute to the variability to malaria risk?

This is something that we’ve been looking into for some time. Roughly ten years ago, we performed a study based on family pedigree analysis, which scores the relatedness between people. For example, your genetic make-up is more similar to your parent or sibling than to your cousins. By allocating relatedness between people we were able to look at the contribution of heritability to the risk of developing severe malaria. Overall, a third of the risk of coming into hospital with severe malaria is explained by inheritance or genetic factors. So, while there are certainly other factors that affect this risk, clearly genetics plays a big part. What this study doesn’t tell us is which genetic factors contribute to this effect — there is still a lot we don’t know.

Some of these genetic factors have been characterised. The most well-known is the sickle cell trait. Just how big an impact does having sickle cell trait have on a person’s chances of developing malaria?

Sickle is absolutely unbelievable — it’s consistently 85-90% protective against severe malaria in its carrier form. We have also found that individuals with sickle cell trait are 40% less likely to seek treatment at the hospital – at all, not just for severe malaria – and it’s also strongly protective against death in the under 5’s. It’s almost certainly the strongest force on selection in the human genome that’s ever been described.

But this genetic protection comes at a cost. Each person inherits two copies of the gene involved – one from their mother and one from their father. Carriers, or heterozygotes, are individuals that inherit one ‘normal’ copy of the gene and one ‘abnormal’ copy linked to sickle cell. Carriers are strongly protected, but people who are unlucky enough to inherit two abnormal copies of the gene, homozygotes, have a problem. They develop sickle cell disease which is frequently fatal in the first five years of life. The extent of sickle cell trait in the population is being counteracted by the deaths in the population from the people who are homozygous. So the trait is being held in balance.

How does thalassaemia effect your malaria protection?

How does knowing about these genes help to develop new malaria treatments?

That’s a long-standing question that’s still very much open. The genes that we’ve been discussing are all involved with the human red blood cell, which malaria parasites invade during infection. In 1948, when Haldane put forward his malaria hypothesis that proposed an association between the red blood cell and malaria – it was the first example of a human genetic polymorphism selected by an infection. But since then, we’ve only identified a handful of genetic changes that are definitely having an association with malaria, and apart from Duffy where there is a mechanism that could potentially be used for the treatment of Plasmodium vivax malaria, the others have not lent themselves to translation into a treatment.

Is there any potential with newly-identified genetic associations?

Recent MalariaGEN studies have detected various signals in the genome that suggest genetic associations with a protective effect against severe malaria. Most are nowhere near as good as sickle, but the latest hit in the glycophorin region is very close to being as strong an effect. It’s 70% protective against severe malaria. It’s a very complex genetic region that doesn’t lend itself to simple genotyping – you can only see it with dense genotype data. The genes in this region are important for the entry of falciparum parasites into red cells. We are at a really exciting time because we know this locus in the genome can protect individuals, but so far we don’t know how. This is what we need to unpack and tease out. And if we do, we might be able to turn that knowledge into a treatment.

The ATP2B4 gene also has quite a strong effect size, about the same as thalassaemia — it’s 40% protective in its homozygous form. There is potential to learn a lot about the biology of the parasite by studying how this gene works. It’s a calcium channel and calcium flux is important in the process of parasite invasion into the red cell. Calcium is also important for red blood cell adhesion to platelets and clumping of infected red cells. Understanding those mechanisms might also have some therapeutic potential.

How do you begin to look at these new regions, and to understand their mechanisms?

We’ve got to start from the beginning. In Kilifi, we have a really good opportunity to look at the epidemiology of malaria and other diseases in more detail in children with these polymorphisms.

At the moment, we only have data for how these genetic changes protect against severe malaria – which is a bit of a clinical catch-all. We need to look more carefully at what type of severe malaria individuals are protected against and how. Is it all sorts of severe malaria or is it just particular subtypes? Does it have an effect on the numbers of parasites in the red cells, the parasite density? Are children with these polymorphisms not getting malaria—or are they still contracting the illness but it doesn’t go on to become severe? Is there an effect on immunity? Do the protective traits have any detrimental effects, for example, do they make you more susceptible to other diseases? Or, like sickle trait, do they protect individuals against all sorts of diseases? We don’t know any of these things, so we need to do the epidemiology.

Then we need to start doing some experiments on the cells themselves. We need to investigate how the parasite enters the red blood cell. We need to know if the parasites get in alright. Do they grow once they are in? Do the red blood cells stick on endothelium and cause sequestration like other parasites do? Are there protective effects that are only against one sort of parasite or are they against all sorts of parasites? There are many unanswered questions to tackle in the next few years.

It sounds like there is a lot of interesting research to be done in the next few years – will collaboration play a role?

There is plenty to do, too much for a single group. To answer all these outstanding questions, we will need to take a collaborative multi-site and multi-centre approach. The good thing about MalariaGEN is that it’s a family of people who work well together – we can use the strengths of all the different arms.

We’re also working with Dr Peter Olupot-Olupot to establish a second sister site in Uganda, which will include laboratory facilities. In this region, about 70% of children who come into the hospital are diagnosed with malaria – this is a much higher transmission rate than Kilifi. Some of the research questions that we’re talking about here are easier to study in locations where there is more malaria.

Finally, when it comes to malaria, what is the role of human genetic data?

I work mainly on human genetics but I think the bigger question is how the parasite and the human work together. We’re in a new era. We can look at the interaction between the two — rather than focusing solely on the parasite or humans in isolation. This opens up new opportunities for identifying specific red blood cell and other targets for parasite invasion, while also looking at the parasites that use those invasion pathways. This is an important step towards identifying ways of blocking those interactions by developing vaccines.

I think we’re at a much better place than we were 60 years ago when Haldane proposed the malaria hypothesis. He didn’t have any experimental data, it was merely a thought experiment. Now, not only can we diagnose things but we can look at the deep sequence of them and their expression. The whole panoply that we’ve got available to us now must put us in a better place than we’ve ever been in for developing new therapies.

Learn more about the KEMRI-Wellcome Trust Programme in Kilifi