Challenges in recruiting cases of severe malaria in Ghana 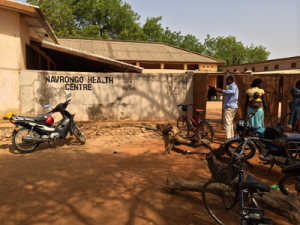 Working with the Noguchi Memorial Institute for Medical Research and the Navrongo Health Research Centre we planned to recruit 200 cases of severe malaria during our high transmission season spanning Aug-Nov 2007. We based this on the numbers of cases we had experienced in previous seasons. However, for a number of reasons we struggled to recruit even 60 cases during the same period.

Firstly, there appears to have been a general decline in severe malaria prevalence. I am inclined to attribute this to a change from Chloroquine to a combination of Artesunate and Amodiaquine as first line treatment for malaria in Ghana.

Secondly, there is a heavily subsidised mutual health insurance scheme operating nationwide in Ghana. As a result mothers and caregivers now tend to report to health facilities before severe malaria develops.

Lastly, in 2007 Northern Ghana experienced unprecedented torrential rains that led to massive flooding. The effect of this natural disaster was a higher prevalence of malaria and bacterial co-infections. This led to many cases being excluded from the study. Let me give you an example.

A patient comes in with an anxillary temperature of 40°C, has respiratory distress, hypoglycaemia, with a parasite count of 1500 per 200 white blood cells. Such a presentation qualifies as a working diagnosis of severe malaria. The patient is then treated with intravenous quinine and dextrose among others. By day 3 most clinical signs have resolved except for the fever which reduced to 38°C. The patient was subsequently given an antibiotic and the fever resolved. The final diagnosis was therefore given as acute respiratory infection.

With facilities for bacterial culture we could have tested people earlier to exclude those with a positive diagnosis for bacterial infection from the study. As it was we had to rely solely on clinical diagnoses and other evidence.