A genomic revolution in malaria research 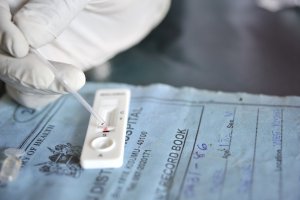 “Surely there is no malaria here?” This is the typical response of fellow Bangkok residents when I tell them what my research focusses on. Therein lies the malaria paradox: the action gets exciting where the disease is on the verge of being wiped out. So, while hundreds of thousands of African children die of the disease yearly, we focus our attention obsessively on Southeast Asian countries where it is sometimes hard to find enough clinical cases to complete studies.

But this is where the threat comes from: we have lost several major drugs to resistant parasites originating from the Mekong region, and this area has now become the battleground for artemisinin, currently the most effective antimalarial. If artemisinin resistant Plasmodium falciparum, now common in Cambodia, Thailand and Vietnam, should pass on their genetic traits to African strains, we would be in danger of losing very significant progress made in the fight against the disease over the last few years. The consequences for the millions of children affected are too painful to think about.

Our efforts to identify the genetic bases of artemisinin resistance (ART-R) have produced two important milestones in the last six months. The first, described in a Nature Genetics article in July (reference 1) found a remarkable pattern that characterised the emergence of ART-R strains: founder populations of resistant parasites expand clonally and are less likely to mix, even when they are found in the same geographical location. These findings suggested that the genetic causes are probably multigenic, and that the pattern could be leveraged on for the detection of emerging drug resistance.

The second discovery, led by a group at Institut Pasteur du Cambodge, was published this week in Nature (reference 2) and describes a candidate genetic marker for ART-R parasites. The authors cultured a population of African P. falciparum parasites under artemisinin pressure and, at different stages, determined their response to the drug, and the genetic mutations they developed. Of several genes that mutated in culture, they found that the kelch protein gene also presented mutations in Cambodian resistant parasites. Although these mutations were not at the same positions as that observed in their culture, the finding was unusual because the kelch gene is highly conserved across Plasmodium species.

Looking at genetic data from our previous study, it was determined that the founder populations we identified in Cambodia are characterised by mutations in the kelch gene, although these mutations are different in different founder populations. If these results are found to hold true in other countries where ART-R is on the rise, we have not only a powerful new tool for monitoring the spread of ART-R, but also an important underpinning for unravelling the ART-R story, which is not easily explainable by the kelch mutations alone.

The next important step will be the publication of a genome-wide association study (GWAS) which I am leading on behalf of Tracking Artemisinin Resistance Collaboration (TRAC). In this remarkable project involving 15 sites across the region, we have sequenced over 1,000 clinical parasites whose response to artemisinin has been determined in vivo – a highly demanding and laborious task. I believe we will be able to add considerable depth to our understanding of the complexities or ART-R. This must then be translated into public health interventions in the shortest possible time.

Whole-genome sequencing at the Wellcome Trust Sanger Institute has played an essential part in both findings. The sequencers at The Sanger Institute are the beating heart of a community project led by the Kwiatkowski group which, in partnership with the MalariaGEN research network, has overcome huge technical hurdles to produce the world’s largest resource of malaria parasite genomic data, comprising over 3,000 genomes to date. (reference 3) The level of detail, both genomic and geographical, afforded by this project has enabled new levels of genetic analysis.

I believe the relationship between clinical research and genomics is at a turning point in malaria. The impact of sequence analysis has been high and the pace of discovery rapid. I have seen attitudes change: clinicians actively seek our collaboration in multidisciplinary projects, and are increasingly valuing the translational potential of genomics. My crystal ball says that malaria genomics is set to transition from a post facto analysis role to an active, real time monitoring technology, capable of predicting as well as describing. In that new role, it will guide public health authorities in their interventions, and support malaria elimination globally. The Sanger Institute can take pride of the role it is playing in this revolution.

Olivo Miotto is a Senior Informatics Fellow based in at the Mahidol-Oxford Research Unit (MORU) in Bangkok, whose main interest is the genomic epidemiology of Plasmodium, and its relationship to antimalarial resistance. A member of the Kwiatkowski lab, he divides his time between southeast Asia, Sanger Institute and Oxford University.