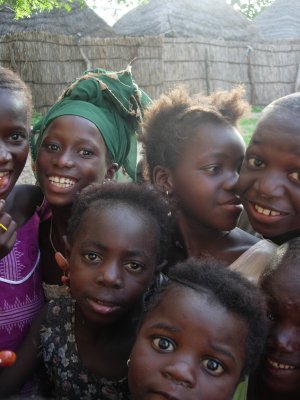 Within the MalariaGEN Consortial Project 2 project at the Institut Pasteur de Dakar we are working in 2 villages in the south-east of Senegal: Dielmo and Ndiop. With Dr Adama Tall, the investigator of the project, in November 2006 we carried out the collection of informed consent forms of both populations. This process enabled two extremely important advances in our ethics review and informed consent processes.

We were able to obtain retrospective approval from the Senegalese ethics committee for all the work undertaken in Dielmo-Ndiop since 1990. There had been no national ethics committee in Senegal when the project began and so previously ethics approval was obtained through an ad hoc ethics committee.

Informed consent had previously been obtained through several meetings between the communities and the project team. The communities then gave a mandate to the chief of the village to sign on their behalf. This was done with a witness (the principal of the primary school) and then validated by the administrative authority. As a result of the MalariaGEN project we collected written individual informed consent to gain the acceptance of each villager for the first time. This new approach was not without its problems especially because these documents needed to be signed - something many people had never done in their lives. We provided clear explanations to calm people's fears, e.g. that once they had signed they could not then withdraw the study. In the end, things went well with the support of literate witnesses from the villages.

Now all projects initiated in the villages use individual informed consent forms. The communities are familiar with this practice and know that it's an important policy for better protecting their interests and safety.

I would like to underline how useful the accompaniment of Jantina De Vries has been before, during and after obtaining the authorization of the national ethics committee. She came to Dakar in 2007 to see whether all the ethical aspects and national and international regulations were respected as recommended by the International Conference on Harmonization Guidelines on Good Clinical Practice.