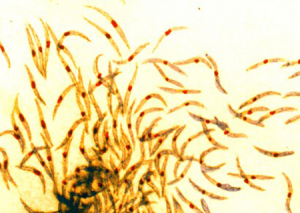 Despite progress in fighting the illness, nearly half the world’s population – 3.2 billion people in 97 countries – are at risk of contracting malaria. In 2015, there were 212 million reported cases and 429,000 deaths, with the majority of deaths among African children under the age of five (WHO Fact Sheet on the Malaria Report 2016). As well as causing much human suffering, malaria is a massive socioeconomic burden for many of the poorest countries in the world causing an estimated USD 12 billion per year in direct losses, and a loss of 1.3% of GDP growth per year for Africa (Roll Back Malaria, Key Facts).

A complex lifecycle has helped to make malaria a lasting foe

Researchers have shown that malaria parasites originally made the jump from gorillas to humans thousands of years ago (Liu W, Li Y et al, Nature 2010). Part of the reason for the parasites’ continued success is its complex lifecycle that spans from the mosquito gut and salivary glands to the human liver and red blood cells. Most malaria drug treatments target the blood phase parasites, which can leave reservoirs elsewhere in the body, and are powerless to block transmission to and from mosquitoes. 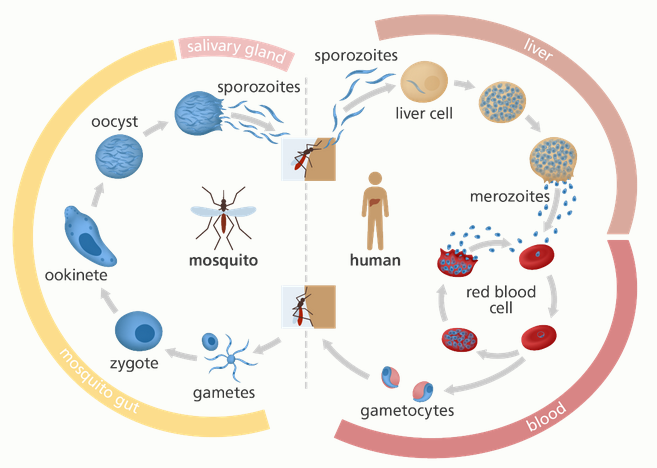 In part thanks to this biological complexity, there is no single solution to defeating malaria. Malaria control interventions mainly target the parasite and the mosquito – acting on a single aspect of the problem – which makes it difficult to root out malaria entirely. Employing a variety of interventions, there have been tremendous gains made over the past decade in fighting malaria.

More on the impact of malaria control interventions:

The gains made against malaria are under threat from drug and insecticide resistance, as malaria parasites and Anopheles mosquitoes evolve to withstand the interventions designed to kill them. We also want to understand how humans evolve to naturally resist malaria. With advances in DNA sequencing technologies, we can now detect traces of these evolutionary battles in the DNA of all three malaria genomes – human, parasite and mosquito – and use this information to deploy malaria control interventions more effectively, assessing their impact and preserving their efficacy.

More on how genomics can help fight malaria: