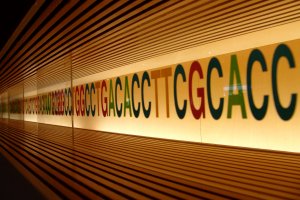 For thousands of years an evolutionary arms race has raged between humans, malaria parasites, and the mosquitoes that transmit them.

Humans who live in areas where malaria is common have evolved genetic traits that help to protect them from severe malaria. Mosquitoes have evolved to resist infection by the parasites and to the insecticides used against them. And, the parasites are constantly adapting to the drugs that we use to kill them.

In a way, malaria control interventions are evolutionary experiments that create what scientists call 'selective pressures'. For example, when we use antimalarial drugs to kill parasites, we 'select' for parasites with genetic changes that help them to survive that antimalarial drug. Over time, resistant parasites become more common as they out-compete susceptible parasites, rendering the drug ineffective.

This process has repeated itself time and time again. Malaria parasites have developed resistance to every antimalarial drug ever used including the current frontline drug, artemisinin.

Likewise, we 'select' for insecticide resistant mosquitoes when we spray insectides or use insecticide-treated bednets. Resistance to such important malaria control interventions threatens the gains made against malaria.

With advances in DNA sequencing technologies, we can now detect traces of this evolutionary battle in the DNA of all three malaria genomes – human, parasite and mosquito – and use this information to help deploy malaria control interventions more effectively, assess their impact and preserve their efficacy.

Learn more about our research into malaria-related genomes:

Watch our animation to learn more about antimalarial drug resistance and genomics:

Watch our animation to learn how humans have adapted to resist severe malaria: